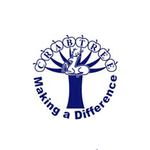 that encompasses personal development across the whole curriculum.

We believe in the entitlement of young people to knowledge, facts and information about issues that affect their lives and wellbeing. We see Spiritual, Moral, Social and Cultural (SMSC) development as important for individual pupils and for society as a whole. We believe it is at the heart of what education is all about - helping pupils grow and develop as people.

Pupils' Spiritual development involves the growth of their sense of self, their unique potential, their understanding of their strengths and weaknesses, and their will to achieve. As their curiosity about themselves and their place in the world increases, they try to answer for themselves some of life's fundamental questions. They develop the knowledge, skills, understanding, qualities and attitudes they need to foster their own inner lives and non­material well-being.

The spiritual development of pupils is shown by their:

-ability to be reflective about their own beliefs (religious or otherwise) and perspective on life
-knowledge of, and respect for, different people’s faiths, feelings and values
-sense of enjoyment and fascination in learning about themselves, others and the world around them
-use of imagination and creativity in their learning
-willingness to reflect on their experiences

Pupils' moral development involves pupils acquiring an understanding of the difference between right and wrong and of moral conflict, a concern for others and the will to do what is right. They are able and willing to reflect on the consequences of their actions and learn how to forgive themselves and others. They develop the knowledge, skills, understanding, qualities and attitudes they need to in order to make responsible decisions and act on them.

The moral development of pupils is shown by their:

-ability to recognise the difference between right and wrong and to readily apply this understanding in their own lives, recognise legal boundaries and, in so doing, respect the civil and criminal law of England
-understanding of the consequences of their behaviour and actions
-interest in investigating and offering reasoned views about moral and ethical issues and ability to understand and appreciate the viewpoints of others on these issues.

Pupils' social development involves pupils acquiring an understanding of the responsibilities and rights of being members of families and communities (local, national and global), and an ability to relate to others and to work with others for the common good. They display a sense of belonging and an increased willingness to participate. They develop the knowledge, skills, understanding, qualities and attitudes they need to make an active contribution to the democratic process in each of their communities.

The social development of pupils is shown by their:

-use of a range of social skills in different contexts, for example working and socialising with other pupils, including those from different religious, ethnic and socio-economic backgrounds
-willingness to participate in a variety of communities and social settings, including by volunteering, cooperating well with others and being able to resolve conflicts effectively
-acceptance and engagement with the fundamental British values of democracy, the rule of law, individual liberty and mutual respect and tolerance of those with different faiths and beliefs; they develop and demonstrate skills and attitudes that will allow them to participate fully in and contribute positively to life in modern Britain.

Pupils' cultural development involves pupils acquiring an understanding of cultural traditions and the ability to appreciate and respond to a variety of aesthetic experiences. They acquire a respect for their own culture and that of others, an interest in others' ways of doing things and curiosity about differences. They develop the knowledge, skills, understanding, qualities and attitudes they need to understand, appreciate and contribute to culture.

The cultural development of pupils is shown by their:

-understanding and appreciation of the wide range of cultural influences that have shaped their own heritage and that of others
-understanding and appreciation of the range of different cultures in the school and further afield as an essential element of their preparation for life in modern Britain
-ability to recognise, and value, the things we share in common across
cultural, religious, ethnic and socio-economic communities
-knowledge of Britain’s democratic parliamentary system and its central role in shaping our history and values, and in continuing to develop Britain
-willingness to participate in and respond positively to artistic, musical, sporting and cultural opportunities
-interest in exploring, improving understanding of and showing respect for different faiths and cultural diversity and the extent to which they understand, accept and respect diversity. This is shown by their respect and attitudes towards different religious, ethnic and socio-economic groups in the local, national and global communities